Brugge to Berlin & beyond

Of all the words in the English dictionary, this one sums-up the roads between the UK and Tallinn, Estonia the best. 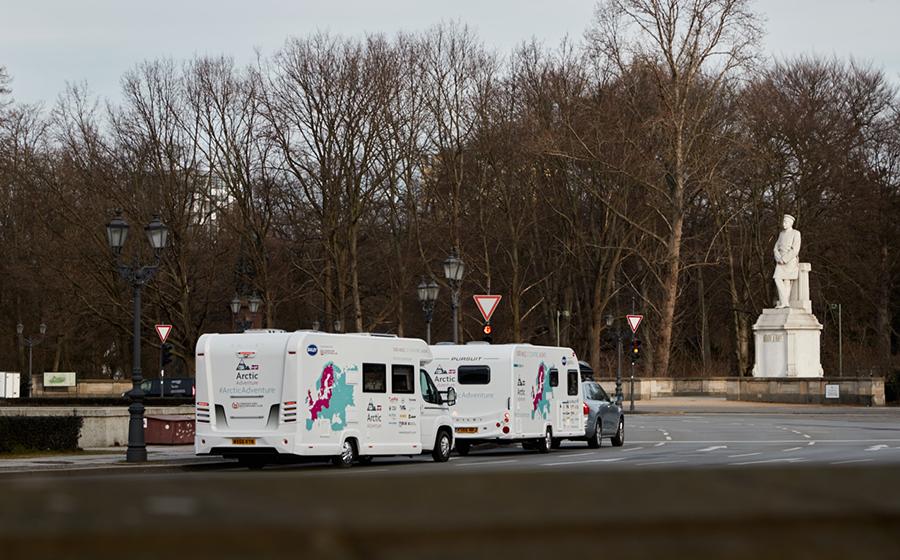 Our route from Millbrook, Bedfordshire to the Eurotunnel took in the delights of the M25 but flashbacks of commuter ring-road hell were soon quashed thanks to Belgium’s empty roads.

Brugge was a relatively short hop but prepared us for the next day’s task – a 522-mile jaunt to Berlin, Germany.

The distances covered each day would’ve been shorter if this was a trip with the family but this mileage served as an experiment to see if mile munching on this scale is possible with a caravan or motorhome, and above all, to make sure it’s safe. Co-drivers were key and two hours on, two hours off made for a relaxing, if somewhat lengthy trip. The motorway through Belgium, Holland and into Germany was jam-packed with Eastern European lorries but travelling at leisure vehicle-speeds makes sightseeing easier and dispenses with the need we may feel to get past the slower stuff.

Poland was the biggest surprise as crossing the Polish border rewarded us with empty, silky-smooth roads. The sun was out, the temperature climbed to 17 degrees Celsius and we arrived in Torun relaxed and ahead of schedule.
The following day looked to be a doddle with ‘just’ 352-miles to Vilnius, Lithuania, but this was a day of contrast as the dual carriageways disappeared, to be replaced with lumpy, bumpy single-carriageways, which reduced progress significantly. Occasionally, we’d stumble across a 50-mile stretch of fresh tarmac, which gave the best driving experience of the trip so far as we weaved between lakes and reminders of the Iron Curtain before finding a frozen lake somewhere to the east of Poland to stop for lunch. Winding roads and an extended lunch stop didn’t help our timings and 13-hours after leaving Torun, Poland, we eventually arrived in Vilnius, Lithuania. 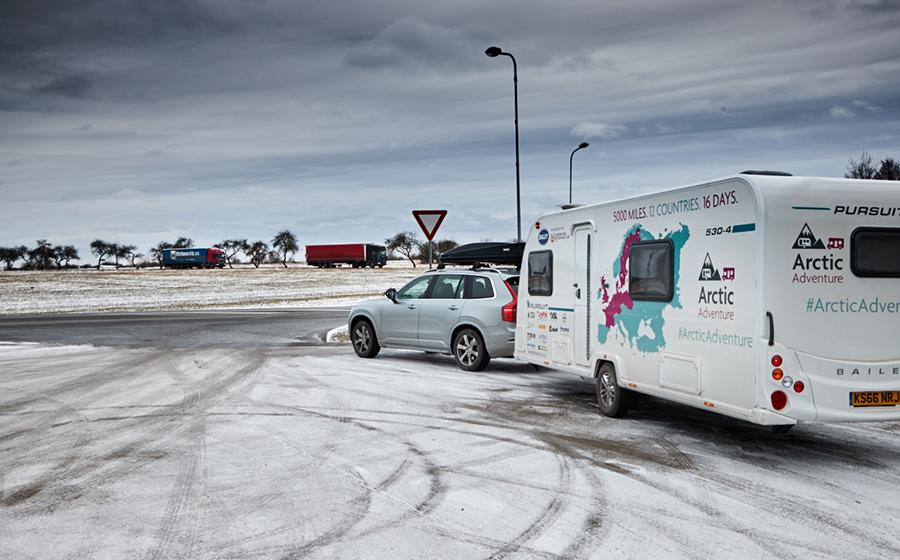 Unsurprisingly, the temperature dropped significantly, as we headed from Vilnius to Tallinn and the Polish highs of 17 degrees changed to an Estonian -2 degrees Celsius during the day. Equipment is key as the temperatures plummet and with the possibility of heavy snow for sections of the Tallinn trip, we were glad of the snow chains and shovels we’d packed in the Thule roof boxes. Even if they remained safely stashed away, their presence was reassuring.

It was during the night, when temperatures were at their lowest, that we were most pleased with having a decent heating system in place. As mentioned in our previous blog, ‘Planning for the Arctic Adventure’ [HL], we took extra precautions with our heating system by adding a thermal layer to the gas lockers to stop the gas from freezing. We also considered the duties of changing the gas over in the cold, or in the night, and opted for installing a changeover regulator. This meant that when one gas bottle emptied the regulator would seek supply from the other, so the gas lasted doubled the amount of time and would see us spending less time in the cold, whatever time of the day, changing the gas over.

Sleeping in your own bed, regardless of where you are in the world helps sleep patterns enormously, which is also true on a family holiday. I’m a light sleeper and whilst the comfortable Pursuit bed wasn’t my own, it was nice to reach for the familiarity of the same bed night after night. I’m certain that if I had to change from hotel to hotel during the trip it wouldn’t help with my ability to focus on driving the following morning.

With the meat & gravy of our #ArcticAdventure being the Arctic bit, crunching the miles beforehand is a relatively easy thing to do with a co-driver and a caravan. Travelling in these conditions, especially when they are relatively unknown to the travel party, can be quite daunting, but a lot of comfort can be taken from knowing that you have a mobile home behind you. Vital breaks can be taken in comfort, lunch or cups of tea can be made, and most importantly, you’ve always got a loo with you. 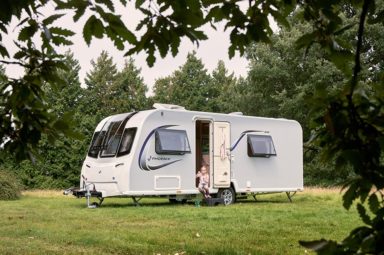 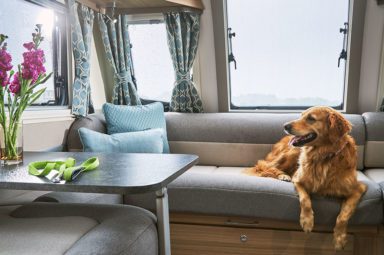 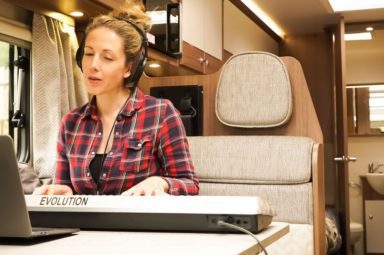