Can you Tow a Caravan with an Electric Car? Towing with a Tesla

02nd June 2021 | Lee Davey
When the UK government announced the 2040 sales ban for new petrol and diesel cars, it seemed a lifetime away. However, when this deadline was reduced by 10-years, 2030 appeared impossibly close and, if I’m honest, the thought of towing a caravan with an electric car seemed impractical. However, EV, or Electric Vehicle, technology has streaked ahead, which means it’s possible, in theory, to hitch up and go caravanning. 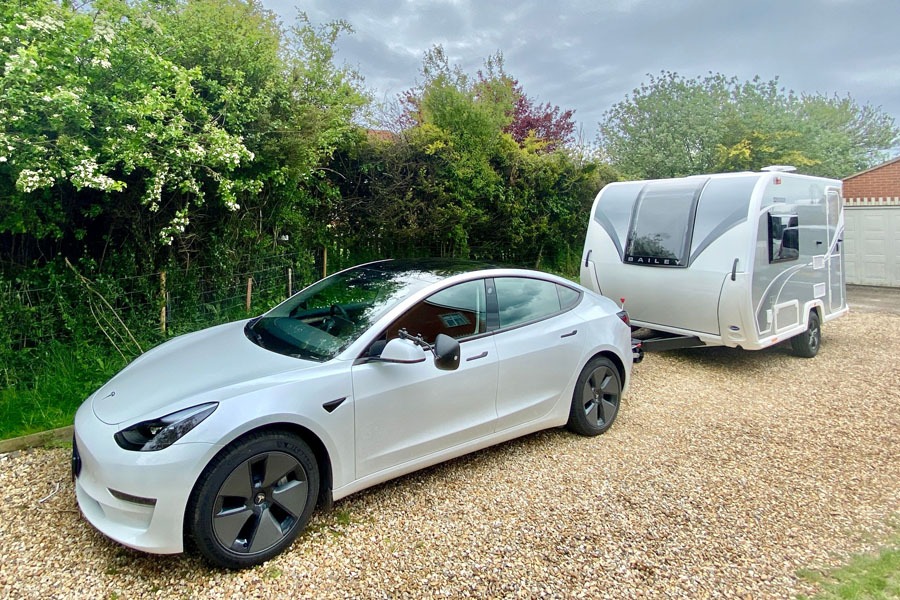 Sure, the likes of Mercedes, Audi and Jaguar offer pure electric vehicles with a towing capability, but some of these models are eye-wateringly expensive and beyond the reach of many families, mine included.

Tesla has arguably been the EV benchmark with the Model X stealing the show, as well as the bank balances of many electric vehicle buyers. But then the Model 3 came along – and it has a towing option. Along with that towing option came dozens of range anxiety theories based upon how many miles it could cover when pulling its maximum tow weight.

Out of the blue, I received a phone call asking if I’d like to borrow a Tesla Model 3 Long Range AWD and a Bailey Discovery D4-2, and no matter how many calculations I made about additional weight versus aerodynamic drag, arriving at an accurate range figure seemed difficult. With that in mind, I decided to jump in feet first to see if a real caravanning trip is achievable. The mileage covered would have to represent a distance many consider to be a ‘proper’ weekend away, so I booked a site 99-miles away. 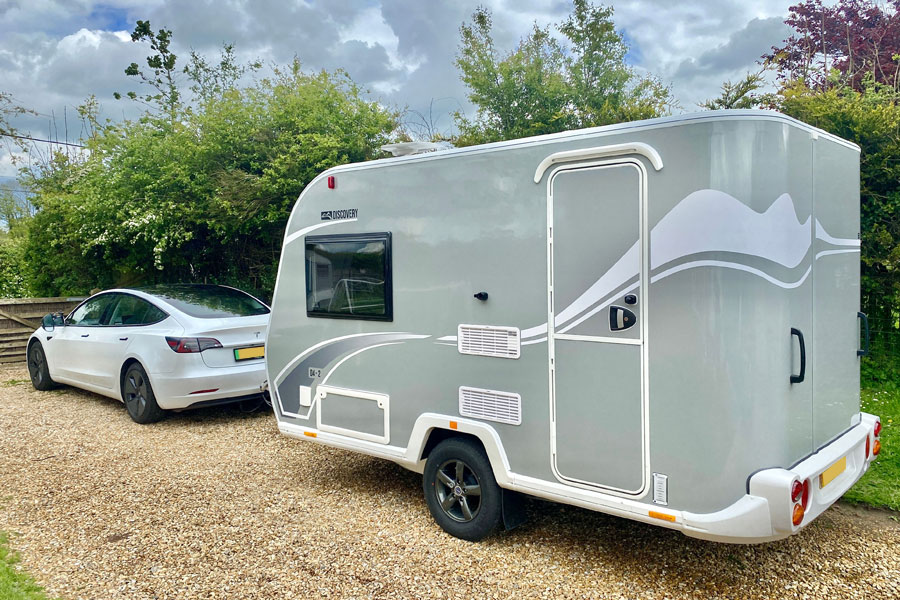 This is a test to see where we are at the moment in terms of technology and infrastructure. I’m not saying this is how things will be in 2030 – this is a caravanning weekend with my son Charlie to see what’s possible at this moment in time.

Full disclosure, I’m a bit of a petrolhead and I’ve always considered the engine to be the heart of any vehicle – bikes or cars, two-strokes, or four-strokes. Also, I didn’t have a ‘safety net’ of back-up vehicles or generators waiting on standby. The smart thing to do would be to book a site based on a nearby charging network or a route that boasts a series of charging points along the way. Instead, I booked a site based on nearby mountain bike trails which has no apparent facilities nearby, or any en route. I planned to collect the car/caravan combo from Bristol, and with it being fully charged, I hoped it would make it to my house in Dorset.

Arriving at Bailey HQ, the Model 3 displayed a fully charged range of 376 miles. Impressive given Tesla’s claimed range capabilities but, importantly, this figure is based upon solo journeys without the additional towing weight or added wind resistance from a caravan.

As initial range tests go, my journey to Dorset would be tough. Weather warnings filled phone and TV screens with promises of 50mph winds over the Mendip Hills and horizontal rain that allowed me to track the direction of each gust. However, the Tesla/Discovery combo was super stable – unbelievably so – thanks to a combination of factors. First, an 1844kg car with a 1000kg towing limit should feel balanced thanks to a 54% car/caravan ratio. Second, the D4-2 is a 2-berth caravan, so doesn’t have a massive surface area to act as a ‘sail’. It also has a longer A-frame than many other models which aids load-carrying thanks to optional A-frame mounted cycle racks and storage lockers. Lastly, the Tesla’s battery pack is low-slung, giving the car a low centre of gravity. I’m surmising here, but if this pack is in line with the tow ball, would any movement be transmitted into the heaviest part of the car? Stability was nothing short of stupendous when compared to cars of similar dimensions.

Range anxiety is a real thing, something that made me glance repeatedly at the screen as the predicted mileage dropped 100 miles before I’d reached Pensford – a journey of just 6-miles. With a hilly 55-miles to cover and my head full of mathematical equations as the range continued to tumble, I was surprised to reach my house with 60% of the charge remaining – much more than my vivid imagination predicted.

Not having a fast charger at home, plugging the Model 3 into a normal 3-pin domestic socket revealed a charge time of 15 hours 40 minutes. Not a problem for this trip as I’d built in an extra day for such eventualities, but it underlined the importance of a fast charger network should mid-journey top-ups prove necessary. 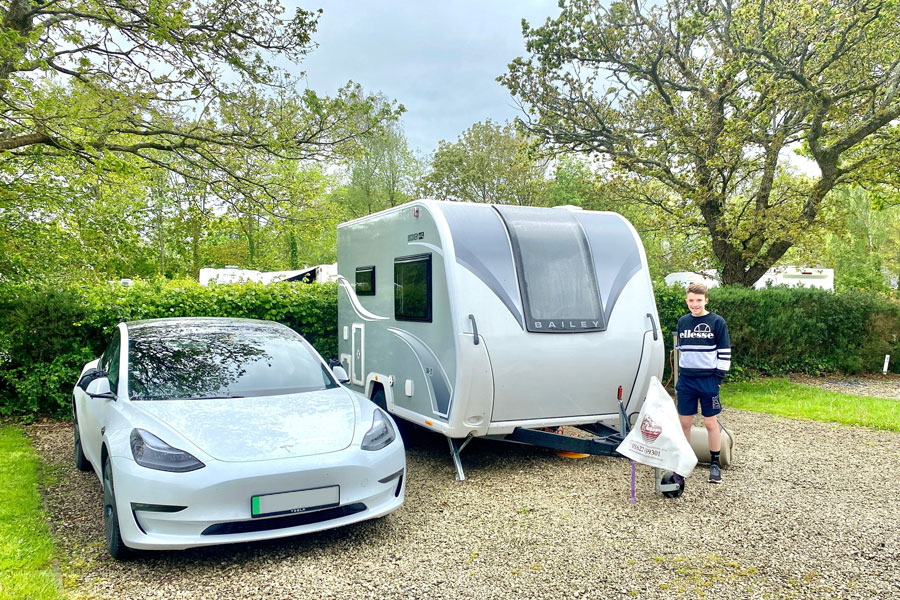 The Bailey Discovery D4-2 pitched alongside the Tesla electric car

Our chosen site was 44-miles from home and with our first trip acting as a range test, my son, Charlie, & I knew we’d reach the site with an excess of electricity. I’d already spoken to The Caravan & Motorhome Club’s Technical Department about charging EV’s on-site and was pleased to be greeted by site staff that were equally knowledgeable. A fast-charging point has been installed at the Cayton Village site near Scarborough, although our procedure for topping up in Dorset would be significantly different. Current Caravan and Motorhome Club guidelines ask EV users to plug the caravan into the bollard and the car into a 3-pin socket inside the caravan. Granted, it’s a slower way to charge the car but allows the consumer unit inside the caravan to act as an additional safety feature.

I’d also spoken to CAMC’s Technical Department about how best to heat the inside of the caravan and the hot water tank while charging the Tesla. Following the advice given, I reduced the number of amps drawn by the car (via the Model 3’s screen) to 6A (1KW) and switched on both heating and hot water inside the caravan.

With the car charging, Charlie & I removed our mountain bikes from the D4-2 and spent the afternoon peddling furiously along the Sika Trail. Resting our tired legs in the evening, dinner was enjoyed in the caravan as the car kept charging. Once the majority of electrical items inside the caravan had been used, I was advised to increase the charge rate to 10A (2KW) – but I forgot. However, by the time we awoke the following day, the Model 3’s screen displayed 100%, even though the car had been sipping electricity at just 6A. 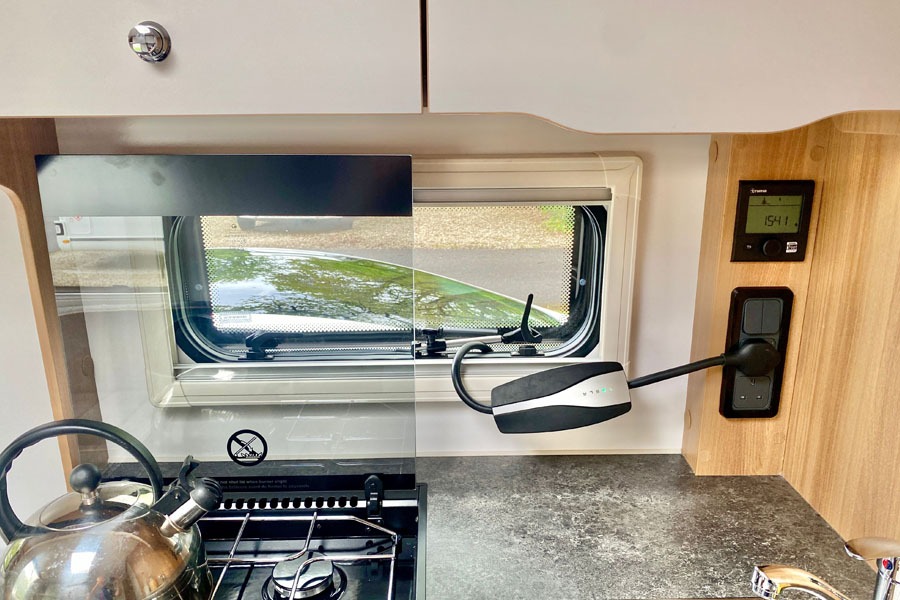 With these two trips giving an indication of ‘real world’ range while towing, our sights were set on Bristol – a 99-mile trip to return car and caravan. Although this longer journey prompted a degree of range anxiety, I began playing with speed whenever road conditions allowed.

Relatively empty roads interspersed with junctions and roundabouts saw large spikes on the energy graph due to the stop-start nature, so much so that I could almost plot our journey on energy usage alone. The opposite applied when we encountered heavier traffic, where lower speeds created a flatter graph. Towing at 60mph saw the graph spiral upwards, using much more energy than a 10mph speed increase would suggest. From the outset, weight versus aerodynamics was the subject of debate. When crossing hillier parts of our route, weight seemed to be the dominant factor, but aerodynamics appeared to take over when towing at faster speeds on dual carriageways, etc.

In for a penny, the Mendips were navigated once more and, unsurprisingly, reduced our predicted range as speed was maintained regardless of gradient. However, once crested, the regenerative braking began recharging the battery, the range increased, and the outskirts of Bristol used far less power than previous parts of our journey. I began using electricity with abandon, pumping out 80’s classics on the stereo, cranking up the heating to unprecedented levels, and surprising other motorists when traffic lights changed to green.

Pulling into Bailey’s Bristol HQ was something of an anti-climax. I’d anticipated a nail-biting final few miles, perhaps phoning ahead with news of a flat battery, but I rounded the corner with an astonishing 54-miles of power left. At the back of my mind, returning car and caravan on the back of a Green Flag truck was a possibility, but we had enough juice for another overnight stay, albeit more local.

Are EV’s the future of caravanning? With 2030 fast approaching and alternative fuel sources grabbing fewer newspaper column inches, this may be a glimpse into the next decade. Just a few years ago, as a driving judge for The Caravan and Motorhome Club’s Towcar Awards, the electrically powered entrants did little to suggest a real caravan holiday was possible. Technology is forging ahead and although the infrastructure isn’t quite there yet, campsites with fast chargers and electric vehicles that can tow a caravan 100-miles (or more) are reassuring indicators of future caravanning trips. What’s more, EV towing manners could make it a very relaxing trip indeed. 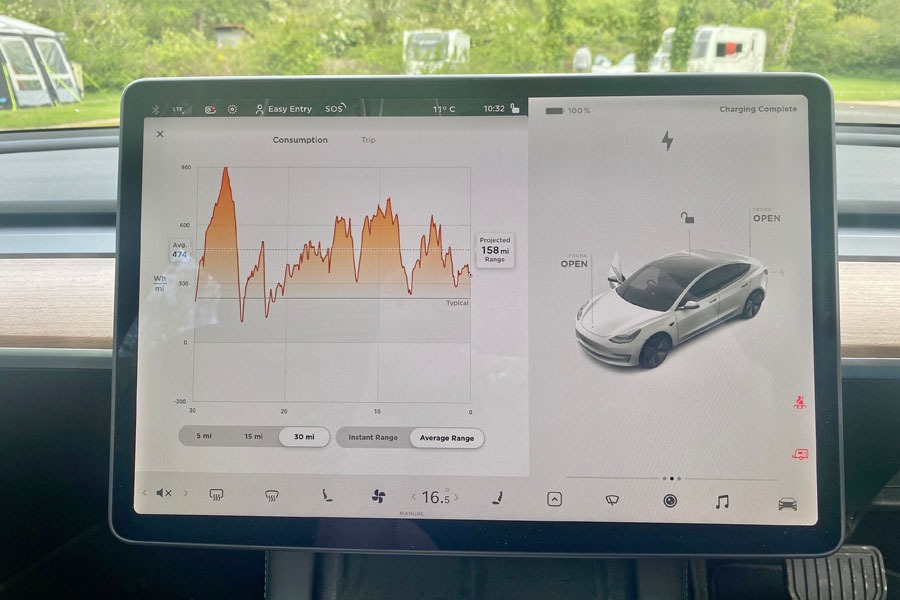 Towing a caravan with an electric vehicle (EV): What you need to know 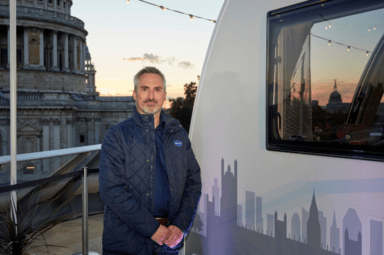 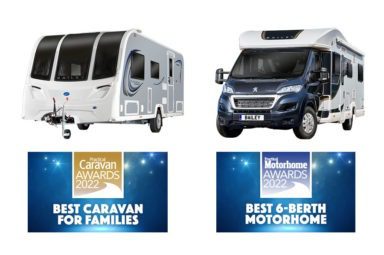 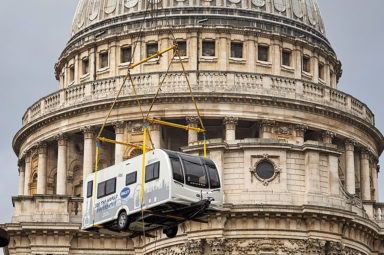 Caravans can fly! A new Bailey Unicorn flies over London to celebrate staycations and caravanning 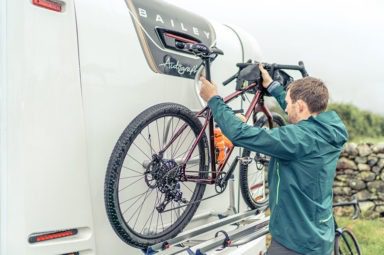 Cycling in the UK