16th March 2017 | Lee Davey
The Arctic Circle might not be the obvious choice for a caravanning holiday but as we pulled into Ranua Zoo Camping - some 50-miles south of the Arctic ‘border’ and heavily laden with snow - it proved that a caravan doesn’t mind where you take it as long as it’s helping you chase your dreams. 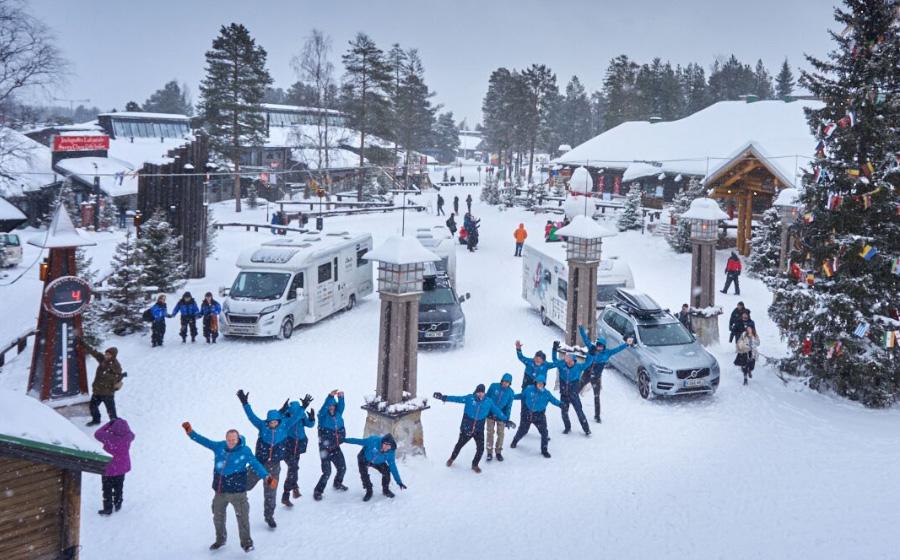 The pitches looked to have been cleared by diggers, with towering, snowy walls each side and from inside the Bailey Pursuit we could hear wolves from the nearby zoo howling in the darkness while eating their dinner. I’ve been woken by sea lions at the Caravan & Motorhome Club’s Longleat site but this took things to an entirely different level. We’ve been using our own caravan as a dream-chasing vehicle for many years and as the tin-tent is so adaptable it fits seamlessly around whatever plans we have – but I didn’t think I’d ever cross the Arctic Circle with one, let alone do so in the middle of Santa Claus’ Village, Rovaniemi. A bus load of Japanese tourists arrived the same time as us and the look of confusion on their faces as a motorhome and a brace of caravans drove through the village square flanked by elves will stay with me for some time. 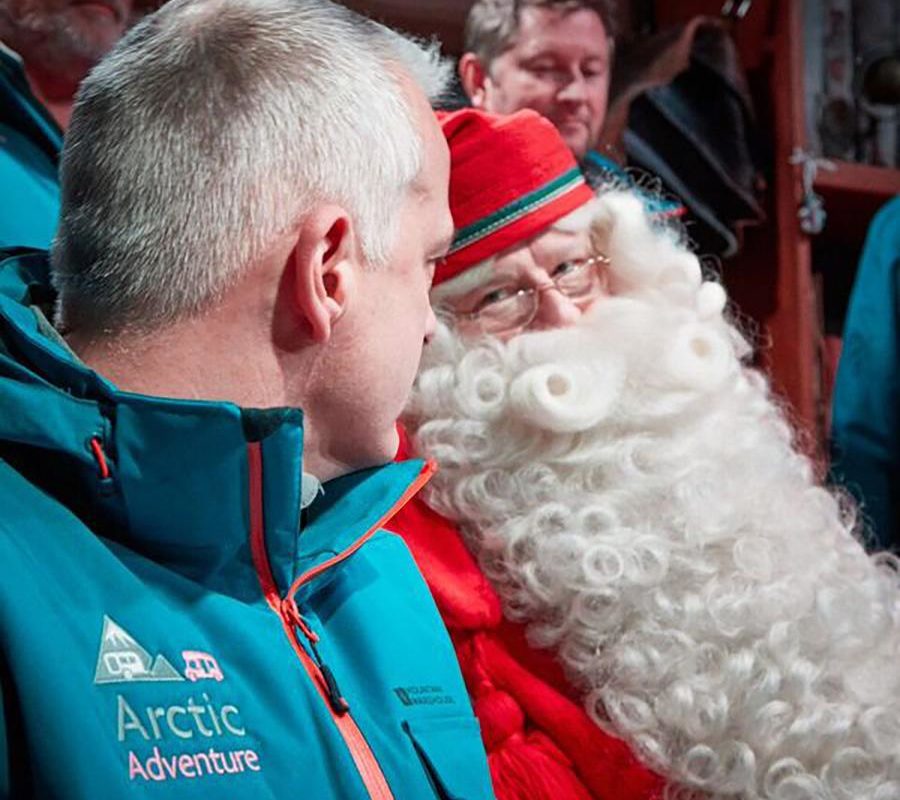 I’m pleased to say that Father Christmas was at home and receiving visitors the day we arrived and a blonde-haired Elf led us through the imposing front door to a corridor that wouldn’t look out of place on a Harry Potter set. The big man was sporting an equally impressive big beard, and worried that a few of us might be teetering on the edge of the naughty list, he set our minds at rest by saying that being allowed entry was a good sign but we must keep up the good work until Christmas Day. Channelling your inner-child is simple here and fresh from sitting in a reindeer sleigh, those who weren’t driving that afternoon buoyed their spirits with a warming shot from the ice bar before tearing down the various icy slides, big and small. My son, Charlie, messaged me the instant I posted a photo of Santa, asking if he’d been mentioned and which list he was on. It’s a magical place and one I’d love to return to with the kids. 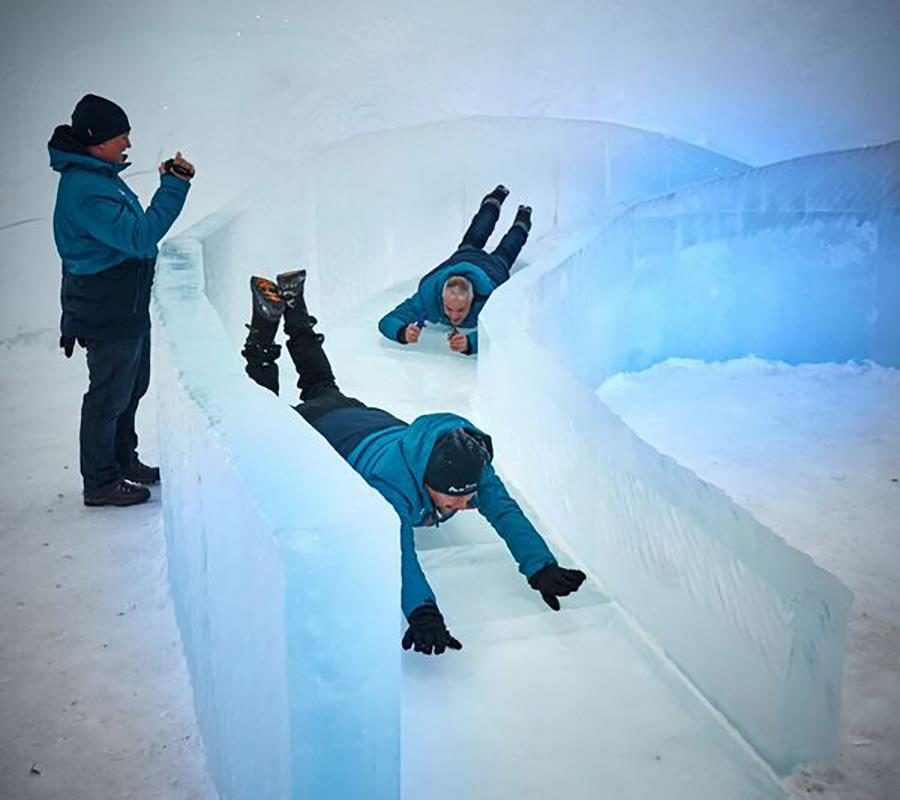 Our goal lay 180-miles north of Santa’s house and with tarmac replaced by hard-packed snow, we covered this distance with relative ease thanks to winter tyres on both car and caravan. Testworld, Millbrook’s sister site, was our goal but enjoying things along the way was very-much our unofficial target so we booked a snowmobile safari. We were joined by media guests who had flown in to meet the eccentric bunch of Brits who had towed a couple of caravans 180-miles into the Arctic Circle, and unknown to us at the time, to a winter proving ground that hadn’t hosted caravans in its entire history. I come from a motorcycle magazine background, now I use our own van as an endorphin-chasing aid, replacing the buzz I got from bikes with the adrenalin rush my family and I get from other activities. With toboggans and fertilizer sacks being the only forms of snowy transport I’d previously experienced, it was great to ‘let loose’ on the snowmobiles, especially after we’d discovered a sport button hidden behind the handlebars. 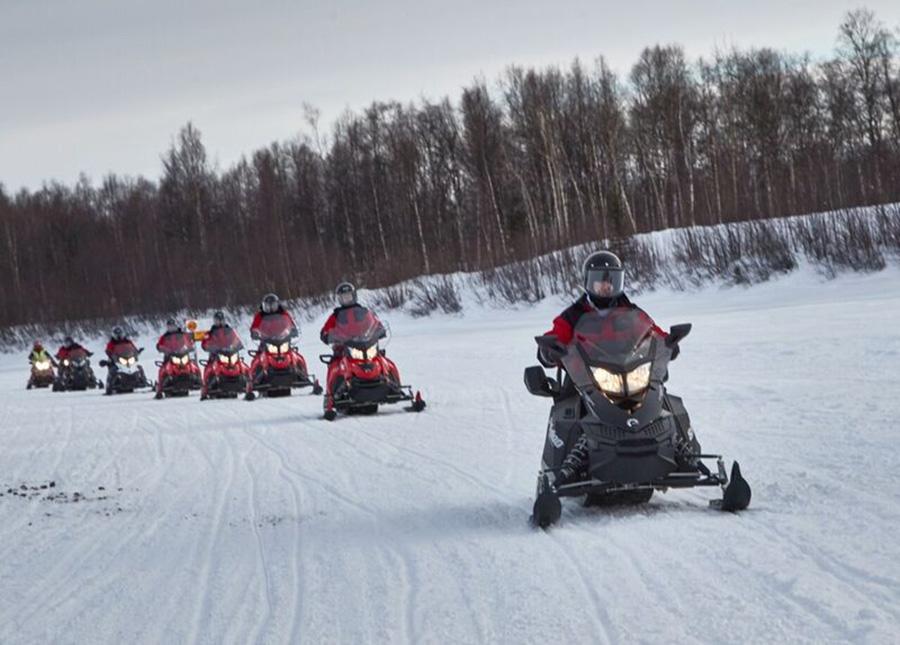 Seeing the sights from a snowmobile, staying at a Finnish campsite listening to wolves, crossing the Arctic Circle and visiting Santa at his house for a change – all things I hadn’t experienced previously and wouldn’t have done so without help from a caravan. The Guide to Cycling in Cornwall